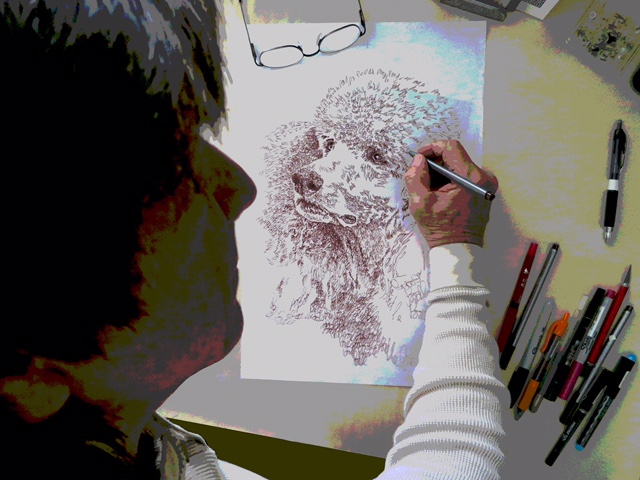 Kline will create an original drawing of your dog using his or her own name. He has been commissioned to draw original dog art.

Along with multiple exhibits in New York City and throughout Florida and New Jersey, Kline has been featured in places as diverse as the Joslyn Art Museum in the Heartlands and Moscow, Russia. 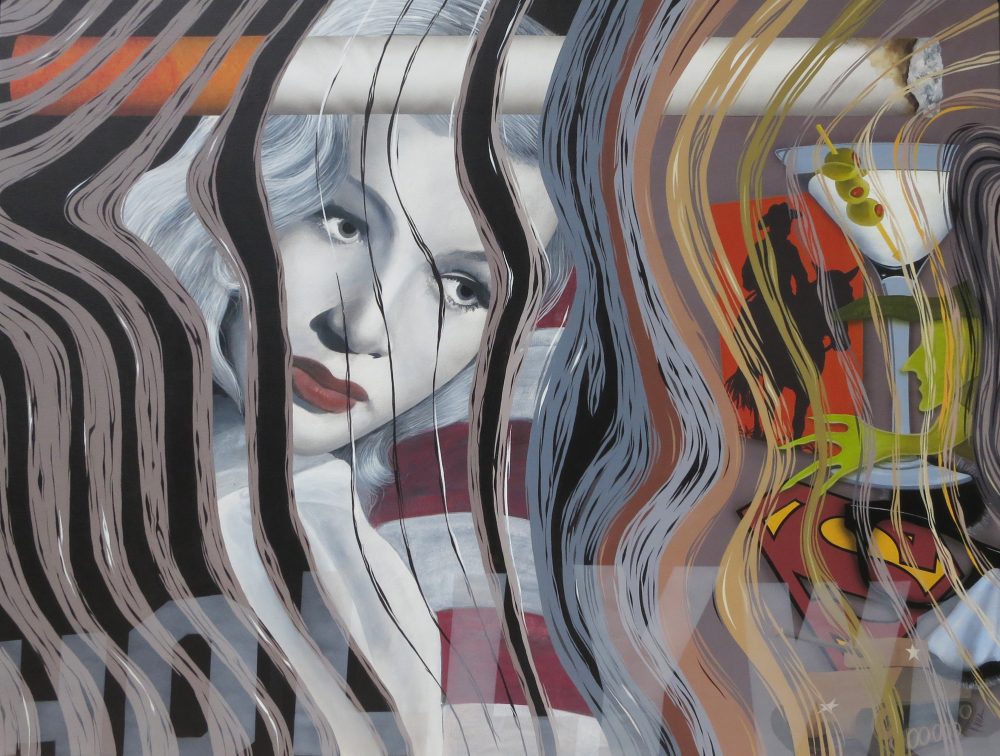 The Anatomy of Veronica Lake

Stephen Kline is an integral part of the modern dog art world.

Stephen Kline originated a new drawing technique by using lines of language to make unique images. In 1991, he created his first Lines of Language painting, signing his signature over and over. Titled 3795 Signatures, the abstract was chosen for the 1994 Florida National. In the late ‘90s, he drew his first realistic drawing using his technique to create an image of Saint Nick, drawn using the words Season’s Greetings. He had his drawing printed as a lithograph, adding additional words with applied pen-and-ink to individualize each piece. His second subject was a Weimaraner. Kline’s lithographs now include over 110 dog breeds (along with Santa, Eagle, Wolf, Penguin, Tiger and more). Since the introduction of these unique signed and numbered dog lithographs, he has gained collectors from over 20 countries and in every state in the U.S.

Kline’s lithographs have generated tens of thousands of dollars for animal rescues and other charities worldwide.